Posted by KLUMPOX VISUAL AUDIO at 21:34 No comments:

The 6th July marked the return of Westcountry rock band, Reef and the opening of the 12th annual Frome Festival. 2012‘s Frome Festival was the most successful to date, with 12,000 people attending events over the 9 days. And Reef’s gig at the Cheese and Grain was in front of a packed house. FromeTV caught up with frontman, Gary Stringer, and captured their live performance. “I’m really excited about the concert,” Gary Stringer, told FromeTV before the gig. Reef’s appearance at Frome Festival was thanks to Leander Morales. Frome’s resident singer/songwriter and live music organiser, Leander has previously worked with one half of Reef. Stringer/Bessant the acoustic duo spin-off from Reef played Rook Lane Chapel in 2010. At the gig Gary Stringer and Bassist, Jack Bessant, performed their debut acoustic album “Yard.” “Leander just got it. He heard the record [“Yard”], and he put us on at Rook Lane Chapel…It was wicked,” Stringer says. “When he asked us to come back with Reef, and we said absolutely.” Stringer and Bessant returned to Frome this summer along with Reef bandmates, Kenwyn House [guitar] and Dominic Greensmith [drums] to play the festival. It was one of the few live dates the band played this year, and was the first of their summer festival gigs. Reef, who split in 2003, have only played intermittently since their reunion in 2009. But their Cheese and Grain debut demonstrated that the band have lost none of the energy that gained them chart success in the past two decades. “If you don’t please yourself, you ain’t going to please anyone else,” Stringer says of the band’s approach to creating music. Reef seek to make music they are proud of rather than taking the money and following their management’s line. Growing tension’s between the band and their label Sony played a part in the band’s split. “New music is created by doing your only thing and not listening, always, to other people,” Stringer said. “Just follow what you think sounds good.” The band’s performance at Frome Festival was full of rock gusto. Delighting the crowd with top ten hits such as ‘Place your Hands’, classics like ‘Naked’ and a collective of fan favourite B-sides. The crowd were in exuberant raptures, singing along and leaping around with Reef’s frontman. Stringer bounded around the stage with the enthusiasm of the Energizer Bunny. The gig was a testament to the bands popularity and prowess. Journalist & Producer Selina Cuff Director, camera and editor Jade Thomas Camera Adam Bowman Camera Charlie Nowlan VJ Artist VJ Ultra
Posted by KLUMPOX VISUAL AUDIO at 11:53 No comments:

Posted by KLUMPOX VISUAL AUDIO at 12:11 No comments: 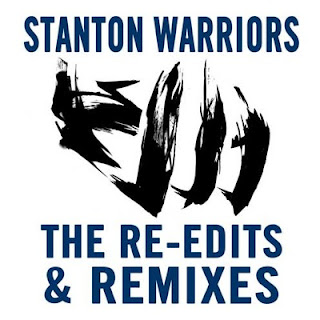 Posted by KLUMPOX VISUAL AUDIO at 08:35 No comments:


You know, sometimes when I hear new hits pumping out on the airwaves, I wonder whether there has been some confluence between musical technology and torture. If you have read Naomi Klein's rather scary book The Shock Doctrine, I think you know what I'm getting at. The number of beats per minute, the effects of sound on the human constitution--sometimes it all seems a little bit formulaic. But the sonic force beats me down, vocals sampled and oversampled atop themselves, nuclear beats. It seems a lot of studio trickery more than musical performances. Maybe its just the new American Idol reality.

But you know, technology doesn't have to be used in the pursuit of evil. Sometimes technological advances can be used to create amazing things. I have albums where people paste together disparate music, using different genres, styles and musical instruments from all over the globe. A lot of times its been hit or miss. I don't know precisely what it is about Invisible Clan, the musical collective overseen by Dan Harper, whether it is just great talent or the next generation of studio innovations. I have to believe it is a potent combination of both factors. In any event, I have to say I am pretty bowled over by this ambitious recording, which I heard about in the NY Times, of all places. The album strikes me as visionary.

A very simplistic thumbnail description of Street Clan (their 2nd album after Punt) would be a collaborative synthesis of Ethiopian music, Jamaican music & fiery post punk. And the music is aggressive sounding. But there are even more things going on here than that, including psychedelia, funk, dance, electronic, Sub-Saharan African music and even some Sonny Sharrock styled fusion guitar. It's not easy to play in a variety of styles well. But when you mix these styles together, seamlessly weaving back and forth you are simply on a level of greatness. On top of this you have some great vocalists performing like Jamaican singer Dennis Wint and the unbelievable Zewditu Tadesse. Hearing him sing is simply revelatory. I think if Joe Strummer were alive today, he would be praising this music to the high heavens.

Anyone who loves interesting music will definitely find a lot to love here. For me it does not get any better than the amazing Bone Flaps. For that song alone the album is worth purchase. A remarkable vocal by Tadesse, and its like he's being backed by New Zealand noise monsters Bailter Space. You have to hear this to believe it.

The crazy thing about this album is that I almost find it too long. I can't sit and listen to all 1.3 hrs on this disc at one time. There is too much going on here. But too much interesting music is of course not any sort of valid criticism. Every time I listen, I hear new things, new instrumentations and subtleties. And righteous echoey dub. Songs like Bone Flaps and Mutant Miners are realizations of fusion music that were in my head. Fusion Music in the dynamic way I always wished it could be.

Highest praise here. Check this out and be amazed. And I just checked out the website for Harper Diabete records. They actually manufacture their own high quality microphones in addition to making recordings.

MAKING NEW VIDEO CLIPS - VIDEO TO SEE HOW THEY WORK

Posted by KLUMPOX VISUAL AUDIO at 09:50 No comments:

Frome had not seen a moustache like it until Mr. B Gentlemen Rhymer tailored in tweed bowled into Frome.

FromeTV presenter Nigel Peirce quizzed him with questions from our producer Selina cuff on “the formula to stardom”, whether “Britain has got talent?” and ” if Frome needs to cultivate better chaps and chapettes?” Nigel also got him to play a bit of the banjolele for us in the green room.

Feeling as though the country has plummeted to a satirical bottom from which it may never recover, Mr.B valiantly strides across the country reconnecting hip-hop and the Queen’s English with his own invention of “Chap-hop”.

The Cheese & Grain was packed with pipes and moustaches as all saluted such songs as ‘All hail the chap’, ‘Crazy Knight’ & ‘Timothy’